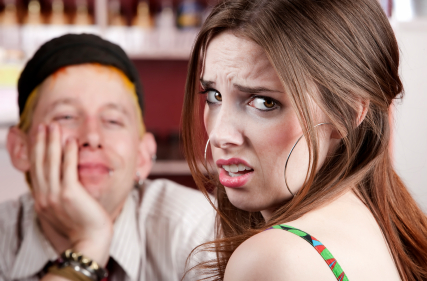 Fall is here and you know what that means! Over the next few weeks, people will be sitting around dinner tables full of relatives that they can’t stand, eating turkey and silently thinking, “How can I be related to these people?!”

Distant relatives always seem to be the butt of jokes, but we’ve all had experiences with people we don’t like. Annoying coworkers, noisy next-door neighbors, rude waitresses, pushy salespeople … you get my drift. I don’t know about you, but there are just some people in the world that I just can’t stand, for whatever reason. Even so, I do my best to be tolerant of others—at least while I’m around them! Why You Should be Tolerant of Others

Tolerance is mainly known as a willingness to accept others and their beliefs, even if you don’t necessarily agree with them. That’s why tolerance is often used to in terms of religion (“I don’t agree with his beliefs, but I’m tolerant of them.”) but I like to think of it more broadly.

Here are a few tips that can help you be more tolerant of others.

1. Listen Carefully Without Jumping to Conclusions

It’s really easy to blow someone off as soon as they strike up a conversation with you—almost like you’re mentally rolling your eyes even though you’re nodding politely. For once, listen to what they’re saying—really listen­. Don’t be put off by their appearance or the fact that someone else told you they’re a little weird. Listen to them, at least for awhile—we all want to be heard.

2. Try to Understand the Other Person’s Point of View

Now that you’re listening to someone, resist the urge to totally discount what they’re saying because it sounds “funny” or “weird” to you. If you’re not totally sure the about point they’re trying to make, ask them questions. Try to understand what they’re telling you—maybe they aren’t getting their point across as clearly as they think they are.

You might not agree with the person and their beliefs or opinions, and that’s okay. We’re all different.  That definitely doesn’t mean you have to become best buddies and switch over to their way of thinking, but once you accept that it’s okay to “agree to disagree” it should be a lot easier to have discussions with people.

Becoming more tolerant of others will allow you to get out of your comfort zone and possibly expand your social circle. You might realize that you really enjoy someone’s company—someone that you would have avoided if you hadn’t tried to listen to them and understand them.