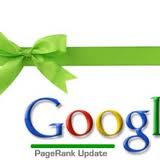 Let me be the first to welcome our new Google overlords and masters.

Let’s face it, Google is everywhere.  Google is into everything.  Soon enough they shall create Google America, Google Australia and Google England (etc.).

The (not so) secret Google plan to dominate the world is beginning to come to fruition.  Is it time to just bow to the inevitable?

There are three aspects of the Google plan to dominate the world I would like to discuss.  The Google PageRank Update, The Google +1 Button and the Google + (plus) social network.

Let’s start with the general love/hate relationship I have with the Big G.

Google, I love you (Google, I hate you)

Most people who work online have a “relationship” with Google.  Unfortunately it tends to be an abusive one.  We try to impress her.  We write her soothing stories.  We do everything we can to get her attention.

But Google, she is a harsh mistress.

Sometimes she ignores us.  Sometimes she favors others over us for no apparent reason.  If we ever step out of line she gives us a, “slap”.  Google punishes us and refuses to tell us exactly what we have done wrong.

“Hey, Babe, you know I love you” –Google

(All about the Google Pagerank Update)

I have been writing online for a year now.  (Gosh, has it been that long!)  Though I still do not have my own website I have written literally thousands of articles strewn about the Internet.  I have put a ton of effort into getting my dear Google to notice these articles.

One thing Google has been consistent on is ignoring them when it comes to PageRank.

I keep list of a many of the things I write on Pagerankalert.com.  It is a list of links.  It creates its own page (that you can ping).  Hey…they are cheap backlinks …but it is a backlink…right?  With the November Google PageRank update, despite having a few hundred links listed there, I got 1 (one!!!) article ranked up.

Now, of course, I have come to grips with the fact that PageRank is only one factor that Google looks at.  Link relevancy, for instance, is likely far more import.  It is pretty clear that Google must be decreasing the importance of PageRank, since she pretty much ignored it since April 2010.  Even check the Alexa links.

So, like many, I got used to being ignored by my darling Google.  I cook for her.  I clean the house.  I write her long love letters and she just grunts and watches American Idol.

No nod of appreciation from my mistress Google.

What is a guy to do?

Then on the 29th my email literally blew up with notifications from PageRankAlert.com.  Of all the pages I track on that site I had 479 gain some sort of Pagerank.

I was blown away.

Yup, it was Google bringing the flowers.  “I love you, babe” Google said.

So now once again, Google cares.  I am basking in the glow of a loving Google….

Until the next time I step out of line…

Next week I shall discuss the “Google +1” button and the new “Google +” Social network, and  (of course) Google’s relentless plan to dominate the world.

(Anyone remember “Pinky and the Brain?”)

Now, let me know what YOU think about the Google Update!

I bet she treated you all well.  How did it make you feel?  What were your results.  How do you feel about PageRank in general.  What did you do to GET PageRank.  Let me know what you think!

This article was written by my brother Gene.  He has long worked behind the scenes on the SSS as well as doing his own thing online.  Since I will be on vacation for the next month he will likely be doing about 1 article a week here for the near future.