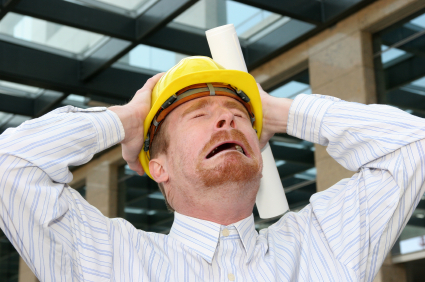 As far as I can tell, no one likes making mistakes. We don’t like admitting that we were wrong and we don’t like feeling self-conscious. Some mistakes are a little bit embarrassing, like accidentally calling a friend’s new wife by his ex-wife’s name and some mistakes are physically painful, like falling down a flight of stairs and spraining your ankle because you were so busy texting you didn’t see where you were going. More serious mistakes can be costly or dangerous, among other things.

Even so, the only way to avoid making mistakes is probably to sit home alone all day and never do anything … then again, that’s probably also a mistake. That’s why I think it’s a much better idea to try to learn from your mistakes instead. Figure Out How and Why You Made a Mistake

When you make a mistake—no matter how big or how small—take a few minutes to reflect on the situation. Do you know why you did what you did? Is there an obvious reason why something went wrong? Did you unintentionally forget to follow directions?

Life itself is a learning process—we all learn as we get older. Looking back, I did some pretty dumb stuff during my teenage years just because I thought it was a good idea at the time, and I’m sure I’m not the only one who can say that! We can’t turn back the clock, but experience and additional wisdom come with age. Use that to your advantage.

Apologize if You Did Something Wrong

If your mistake caused problems for other people, step up to the plate and say you’re sorry about the situation. Even if someone is ticked off at you, they’ll be glad to know that you’re aware of what you did wrong and most likely they’ll get over it—eventually, anyway!

Get Over It and Move On

You also need to realize it’s important to get over things yourself. If you made a mistake, you made a mistake. You’ll have to deal with the consequences of your actions, but it’s still over and done with. Stuff happens, even to the best of us.

That’s an old saying that I’ve heard time and time again, but it’s pretty relevant in this situation. If you make a mistake once and realize what happened and why, you should make every  effort to avoid making the same mistake again. Of course that’s probably easier said than done, but … give it your best shot, for your own sake.

Don’t be Afraid to Take Risks

Even though you should try to avoid making the same mistake twice, you can’t be afraid to take risks. I’ve started several different websites that failed. If I hadn’t kept pushing forward, the Steve Scott Site might not be where it is today. If at first you don’t succeed, try, try again.

I’m repeating myself here, but we all make mistakes. No one is perfect, and we all screw up from time to time. If you’re so embarrassed by mistakes you’ve made in the past that you’re afraid to try new things, who knows what awesome stuff you’ll miss out on?

33 thoughts on “Learn from Your Mistakes”