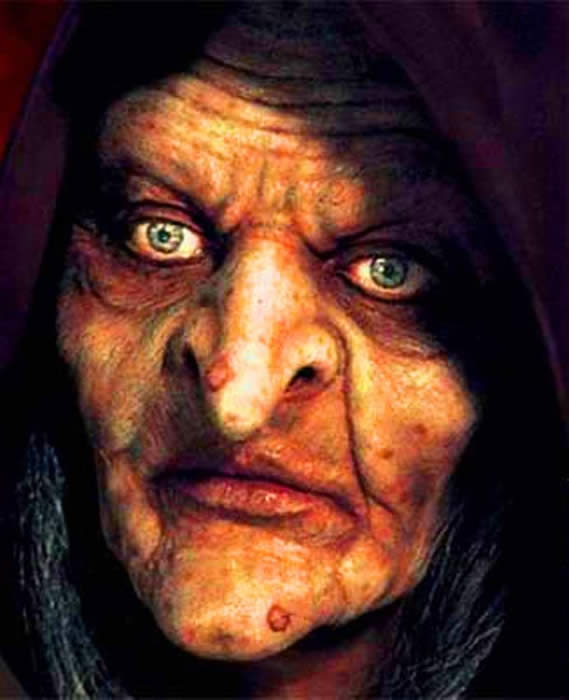 Halloween is here, my little ghoulies and boylies… it is time, once again –for the first time– for Steve Scott’s Scary Selections.  For this One day I will be breaking far away from my normal niche to give you a taste of the best and the worst (like my opening pun) of all that is Halloween.

This may be one of my longest posts, clocking in at over 1900 words.  I crammed a lot into the Halloween theme.  I don’t expect everyone to read it all, but I separated it into sections, hopefully there will be something of interest for everyone.

First give you some Spooky Links.  Then I present 13 Horrifying Halloween Harmonies for your pleasure.  Then there are also 13 Terrifying Halloween Trivia items.  Finally we shall finish off with a the Real Origins of  Halloween.  I hope you all enjoy.  I even threw in a couple of pictures of a young lifestyle designer and his brother.  Even some monsters.  See if you can tell which is which.  Without further ado…

“The boundaries which divide life from death are shadowy at best.  Who shall say where the one ends and the other begins”- Edgar Allen Poe

Haunted Houses of the World.

Haunted Houses of the UK.

Haunted Houses of the USA.   It is funny that there seems to be more Haunted Houses in the USA than in the world according to this list.

For a fun twist to Halloween look up your country or state below and go try to visit a haunted house for this Halloween.

“Behind every man now alive stand 30 ghosts, for that is the ratio by which the dead outnumber the living”  -Arthur C. Clarke

Halloween ghost stories:  An interesting collection of ghost stories.  Some Fiction, some real, some urban legends.  Maybe be some good Halloween fare.

American Folklore Ghost Stories:  Bloody Mary, The Jersey Devil, The Hook, Jenny Greenteeth (Storm Hag).  All the good stories told around the campfires late at  night to scare the pants off of your friends.

Check out these sites for a little more family oriented Halloween fun.

It is important to set the Halloween mood right.  Get a good playlist going for Halloween.  Here are 13 ideas of good Halloween related songs.

1.      Tubular Bells–  Mike Oldfield  (in case you don’t know this song check out link to Youtube.  Just hearing it again as I write this scares me)

It is well known that horror movies and Halloween go together like Peas and Carrots….  perhaps that should be Pumpkins and Seeds… even Candy and Bags.

Regardless, fan of Horror Movies or not, they can be FUN on Halloween, so here are some ideas of things you can check out for Halloween.

Travel Horror Movies:  Not exactly Halloween movies, though they do well at Halloween time.  A list by your good friend Steve of some movies that are, frankly, disturbing.

Fearfulfilms:  A nice horror site with links to all movies based on broad subject.  IE:  Vampires, Ghosts, Werewolves etc. “What about yours? Who died and made you f**king king of the zombies?“- Shaun of the Dead

“Listen to them: the children of the night. What sweet music they make”-Dracula 1)       Halloween is a big money maker.  It rakes in at least 6 Billion each year in costumes, video sales, candy and household Halloween accessories.  6 Billion is a sum that still staggers me to think about for one “fun” day.

3)       Halloween was originally a Celtic holiday called Samhain which of course was celebrated on October 31.  The Celtic tradition is that spirits roamed on that night, so people wore masks and costumes so that the spirits would not recognize them as being human.

4)       Spiders that are seen on Halloween mean that a loved one who has passed away is guarding you on Halloween.  Go figure, spiders are a good thing!

7)       Vampire bats are real!  They will not turn you into a vampire of course, but they exist in south and central America, where they often drink the blood of local livestock.  …and at least in MY imagination have running battles with Chupacabra.

8)       Sorry, there are no Vampire bats in Translvania, those are just real Vampires in bat form.

9)       It is said that if a person stares into a mirror on Halloween you will see your future spouse.  I think either that happens or some monster comes out and tears you to pieces.  Of course that could be the same thing… 10)   Contrary to popular belief, there were no witches burned at the Salem Witch Trials.  They were all hanged, pressed to death or died in prison.  Which of course is much better, right?

11)   Trick or treating is believed to have begin un Ireland also, where the tradition was for many people to go around asking for money to for the feast of Samhain.  This turned into many wealthy landowners beginning to give out food directly to the peasants on the feast of samhain to keep the evil spirits restful by their charity.  Who would have thought, trick-or-treater’s started as an early form of door-to-door salesmen

12)   Over two Billion a year is spent on Halloween candy alone.  Quick someone figure out how many calories THAT is.

13)    A Jack-o-Lantern is from a story of a man named Jack who was too mean to get allowed into hell.  The devil gave him a burning coal and sent him on his way.  Jack used a hollowed out turnip and put the coal inside, making a jack-o-lantern

Goblins, Ghosts, Vampires, Frankenstein’s Monster, Skeleton’s, zombies, spiders, Black Cats, Witches.  Halloween is a hodgepodge of ideas.  Many people think that the origin is some sort of pagan devil worshipping day.  A day when demons walked the earth, Witches are at their height of power.  A day where someone who wanders off alone could easily fall prey to a vampire, werewolf or revenant.  That is the fantasy of Halloween.

But what about the true history and folklore?  How did the current Americanized version of Halloween come about?  The version where a pagan holiday has turned into a 6 Billion dollar a year industry that is only eclipsed by Christmas for how much one day out a year brings in.

The earliest roots of Halloween are based on Samhain.  It had nothing to do with ghosts or spirits, but was a Harvest festival. – Samhain translates to Summers End-  Since it was also the LAST harvest festival it was the “dark” festival.  Celebrating both the harvest and the oncoming Winter and “darkness”.

Festival of the Dead.

Over time Samhain became a little bit of a festival for the dead.  Since it was the end of summer and beginning of winter on the ancient calendar it was considered the time when the barrier between the worlds was thinnest.  This was not considered to be a scary thing.  The dead were not to be feared, but to be honored.

Overtime many of these beliefs began to change.  As Christianity began to morph many of the pagan beliefs Samhain influenced and changed the Christian All Hallows Eve as much as All Hallows eve morphed the view of Samhain.

The idea of costumes came as Samhain revelers began to be influenced Christianity and a fear of the undead.  Since the “walls to the spirit world” were thin, people would dress up so that no spirits would know they were actually humans.

The Jack-o-Lantern comes from a folktale.  A mean man named Jack tricks the devil one day and makes the devil promise to not take him to hell.  When he dies he is not accepted into Heaven.  The devil then casts him out of Hell to walk the world in darkness.  When he complains he cannot find his way in the dark the devil gives him a coal of hellfire to help light his way.  He hollows out a turnip (pumpkins came much later) and makes the first, Jack-o-Lantern, and proceeds to walk the earth.

The traditions:  Trick or Treating

Before the Feast of Samhain all of the poor from the villages would go to ask for food from the rich lords manors.  The lords would give them food to keep the “spirits” happy and ultimately avoid being, “tricked”.

The day has changed a lot since its inception.  I think that an ancient Celt might still realize that Halloween was a version of their Samhain, so as mainstreamed as it has become it still retains a little bit of its pagan roots.

Never be smug in assuming there is not some grain of truth in the ancient myths of Halloween.    The ancient Aztecs had  a similar notion of a day to celebrate the dead, because of their proximity to our world on a special day.  This day was not Oct 31st, but a very close date.  Nov 2nd and has since morphed into the festival  “Dia de los Muerte”  (day of the dead) which happens on November 2nd in many Latin American countries.  Asian and Africa are also said to have similar historical days when the dead are uneasy.

When you are out this Halloween look over your shoulder and make sure the spirits are not walking, because you simply never know.

Suffice to say this huge post to Halloween took a while to put together.  I do not expect everyone read everything in it, but hopefully there was something in it for everyone.  Let me say one final word…