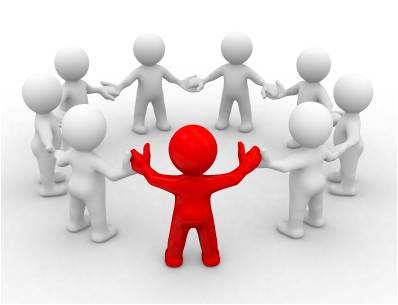 One of my goals now that I am back in the United States is to improve the quality (as well as continuing to grow quantity) of my social networking.  At the moment I am still “fairly” automated, which has definite good points, as I pointed out in this Twitter Article.   But I am also desiring to make more person to person interactions and connections with Twitter/ Facebook followers.

Thinking along this vein has gotten me thinking a lot about the power of social networking once again.  Because of this I decided to make a Sunday post exclusively highlighting posts dealing with social networking. To call this a massive list is an understatement.  It has 90+ links, many of them to quite in depth posts.  That is a lot of reading.  I haven’t even checked out ¼ of the links here, but if anything in social media interests you, this could be the place to start looking for a post for it.

Oni is up next and us some of the rules we should obey when dealing with Social Media.  It is certainly helpful to avoid falling into common traps by breaking these rules and decreasing the efficiency of your Social Media experience. Twitter is a great way to drive some extra traffic.  Once someone has a decent amount of twitter followers, either a smaller number of engaged followers or a larger number of semi-random followers, Twitter is great for ensuring extra visitors to your posts both old ones retweeted and new ones.  I believe every Twitter follower is worth something, but an engaged and targeted follower that you have a relationship with is worth far more than a random follower.  Mark shows us how to get these perfect Twitter followers.

Next up is Chris discussing his Twitter Toolbox.  One of MY Twitter Tools has been Hootsuite.  They just went from being free to having a “pro” version with some of their “neater” tools.  The monthly fee is low, and there are other ways to get the job done.  But it is nice to have all the tools in one place.  James discusses this issue with Hootsuite and brings up some alternative ideas for those on a tight budget.

John Paul discusses something that many of you may not have put a lot of thought into, but which could be of enormous benefit, having a Twitter landing page.

Perhaps you think the Content is King mantra is only for blog posts.  Nope, it is valid on Twitter too.  What you say and how you say it really makes a big difference.  Perhaps more of a difference because you only have 140 characters to get it done with.  Marly shows us some ways to write killer Twitter content. I just wanted to let you know that, in case you have been living under a rock for the last few years.  To not be on Facebook is fine, but to not be on Facebook if you care about marketing a product or blog is foolish.  Like Twitter, it can be a great tool for connecting with a large group of targeted people.  The first thing that needs to be done is to grow those targeted followers get them involved.  This of course takes some time, social interaction and laying groundwork.

John leads off discussing how to build your Facebook page with some really good ideas and tools.

One of the first things to do on Facebook should be to make a great landing page.  Darren rounds things out with an article on how to create a Facebook landing page.

Well that is it for this Sunday; fairly short and sweet for a Sunday post.  There is a method to my madness though.  I want you all to save energy for Monday’s post.  I put more effort into that post than any I have done since I started this site.  I feel it has MUST READ information on email marketing.  I go into detail on numerous types of email messages and I actually wrote a sample of each type of email to use as a concrete example.  If you read only one article of mine a week, make sure you tune in tomorrow.