We’ve all heard about the benefits of outsourcing.

You sit on a sandy beach sipping Daiquiris while an army of workers create passive income.

Unfortunately the reality is much different than the dream.

Done incorrectly, outsourcing can become your personal nightmare.  Often it’s a waste of money, time, and your sanity.

My main problem with outsourcing is the idea that you have to employee a full-time worker to run an aspect of your business.  Sometimes it’s hard to keep a single person occupied for 40 hours a week – Especially when this person is limited in their particular skill set.

Even worse, there’s the risk of a “single point of failure.”  Hiring one person to manage an aspect of your business means you’re relying on one person.  Basically… you’re screwed if things don’t work out.

Now it’s 2012 – A new year full of dreams and major goals I want to accomplish.  That’s why I’ve decided to get back into outsourcing.  But this time I’m using a technique called micro outsourcing or microsourcing.

So let’s talk about this concept… 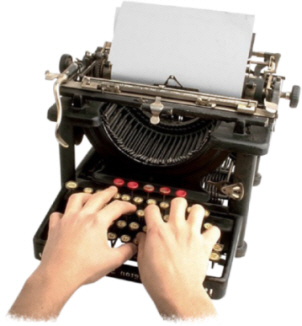 We’ve all heard this before:

“One of the best ways to make money online is to write an eBook.”

I think this statement is true.

But I also believe it’s very hard for many entrepreneurs to find time to write an eBook.

We all live busy lives.

This is especially true if you juggle an Internet business with family, work, and other obligations.

So how do you find the time to write an eBook?

I have a simple answer:

You can’t find time to write an eBook, you need to make it. 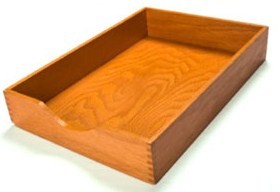 It’s easy to suffer email overload with an Internet business.

This is when you spend the majority of your “work time,” answering pointless messages.

That’s why it’s important to have a plan that helps you managing email overload.

What I like about this article is he gives a simple solution that anyone can implement.  Use this plan and you’ll experience a dramatic increase in your productivity.

Take it away Alan…

For a lot of people these days, email is an integral part of their lives. 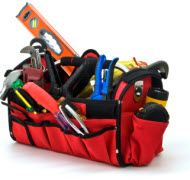 All Internet businesses require an investment of both time and money.

The good news is you can often find a great tool without having to spend a dime.

Well, I’ve done a bit of research and located some amazing freebies.

In this post,you ‘ll discover 119 free Internet marketing tools to grow your Internet business or blog. <— (Re-Tweet to let people about these sites.) 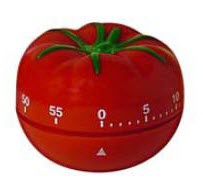 Lately I’ve been experimenting with a productivity method called The Pomodoro Technique.

At first, I wasn’t sure if it would help.  But I’ve tested it for the last two weeks and I can honestly say it’s had an amazing impact on my personal time management.

So today we’re going to talk about The Pomodoro Method; specifically showing how this technique can help YOU get more accomplished on a daily basis.

Why You Need to Keep Track of your Time

Last week I asked a simple question:  How Many Hours Do You Spend on your Online Business?

I was amazed at how hard people work on their online business.  On the other hand, I was a little shocked that some didn’t keep track of their time.  They’ll work hour after hour; never knowing what they’re accomplishing.

Lately I’ve been streamlining how I use my time.

The goal is simple.  I want to get more accomplished without working longer hours.

To get started, I had to first determine how many hours I work in a given week.

I determined that my average is about 38 hours of work during a typical week.  But this depends on what I have going on in my life.  For instance, I’ve worked little in the last few months because I’m constantly traveling.  And before that, I cranked out 50 to 60 hour weeks to complete my affiliate marketing product.

Overall though, I usually put in a standard work week like most Americans.  (Just without the hellish commute.)

What I’m wondering is what’s a *normal* amount of time for an online entrepreneur?

Don’t know what type of email to send subscribers?

Need a place for the links relevant to your online business?

In this post, I’ll show how a single file is the answer to all three questions and SO much more…

For many years I’ve used a simple technique to manage each of my Internet businesses.  I call it a “master document.”  (Yeah, not very original.) This file saves me lots of time while writing blog posts and emails for my business.

How does it work?

It’s been a year since I’ve discussed my weekly to do list.  So let’s talk about the importance of this document and how it helps me successfully run three Internet businesses.

Let’s start with an example.  Below is a copy of my to-do list for last week (This post was written over a week ago, so even though this stuff is “in the past” to YOU, it’s actually the future to ME.)

(Both are the same document.  Simply click the version the weekly to do list version you prefer.)

Why Most “To-Do Lists” Fail

Before we get into the “why” of this document, I’d like to talk about the single reason why most people fail with to-do lists.

The reason they don’t work is they’re structured around a single day.

It’s been my experience that it’s hard to know how much you can get done in a single 24-hour period.

Usually the day ends in disappointment because you weren’t able to cross off ALL the items.

Every single day I use a sophisticated tool that allows me to perfectly manage my time and ensure that I’m only working on the things that bring actual results.

This tool helps me do important things like:  Create content for this blog, increase my affiliate income, manage my information product, use social media to network with people, and write my forthcoming affiliate marketing course. 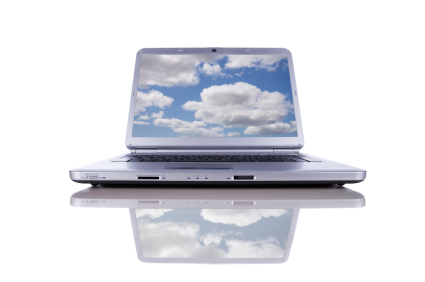 By now you’ve probably seen some of the Microsoft commercials that talk about “going to the cloud.” (If you haven’t, you can check them out on YouTube.) Some of them are pretty corny, but I definitely agree with their sales pitch—it’s a really good idea to move your office to the cloud.

Going to the cloud, or cloud computing, has gotten really popular over the past few years, especially now that more and more people work from home. If you don’t know what it is, let me explain. Cloud computing is just internet-based computing. It means you have the ability to access things from any computer because those things are stored on the Internet. 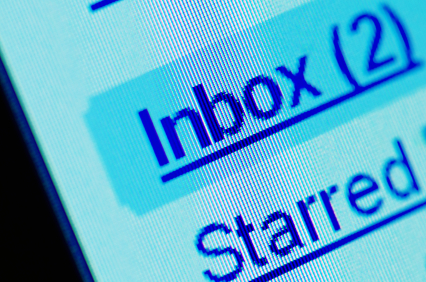 As a person who earns a living thanks to the internet, I’ll be the first to admit that email is a necessity. I’ll also be the first to admit that email can be a massive time waster, especially now that smart phones give us the ability to receive and send messages anytime, anywhere. Not too long ago, managing my personal and business email accounts would suck up large chunks of my personal time—until I started practicing email time management.

“What gets measured, gets managed.” – Peter Drucker

Changing a habit isn’t as hard as you’d think.  What it really comes down to is creating metrics that can be tracked on a daily basis and finding the willpower to follow through with your desire to make a change.